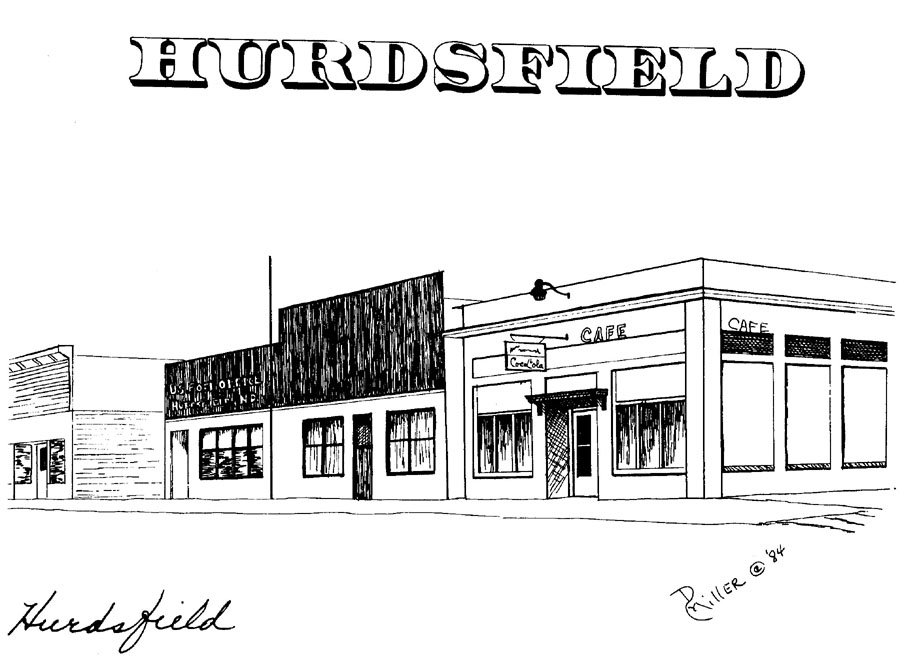 Hurdsfield was platted in 1902, when the NPRR built through, the Post Office was established in April 13, 1903. The town was named for Warren Hurd who owned the townsite land. First newspaper was the Hurdsfield Banner, founded in Nov. 1907.

An Historical Land Mark (Taken from Wells County 1884-1984 A Centennial Souvenir)
The Hurd Round House, located southwest of Hurdsfield, is one of the well known strucrues in Wells County. The building is significant for its architectural style as well as for the role its builder played in the early settlement and development of Wells County.
The Hurd Round House, which was named to the National Register on April 11, 1977, was built in 1900 as a land office by Minnesota born realtor and speculator Warren Hurd. The two-story Round House derives its name from the circular roof supported by six columns upon a nearly circular porch floor and cut stone foundation. Styled and furnished to impress prospective land buyers – either the wary, calculating home seeker of mosdest means, or the sophisticated, well heeled eastern speculator. The Round House was built high on the eastern slope of a hillside in Silver Lake Township. It was an office for the sale of Northern Pacific Railway lands in Lynn and Silver Lake Townships, the last quantity purchase of railroad grant lands in Wells County.