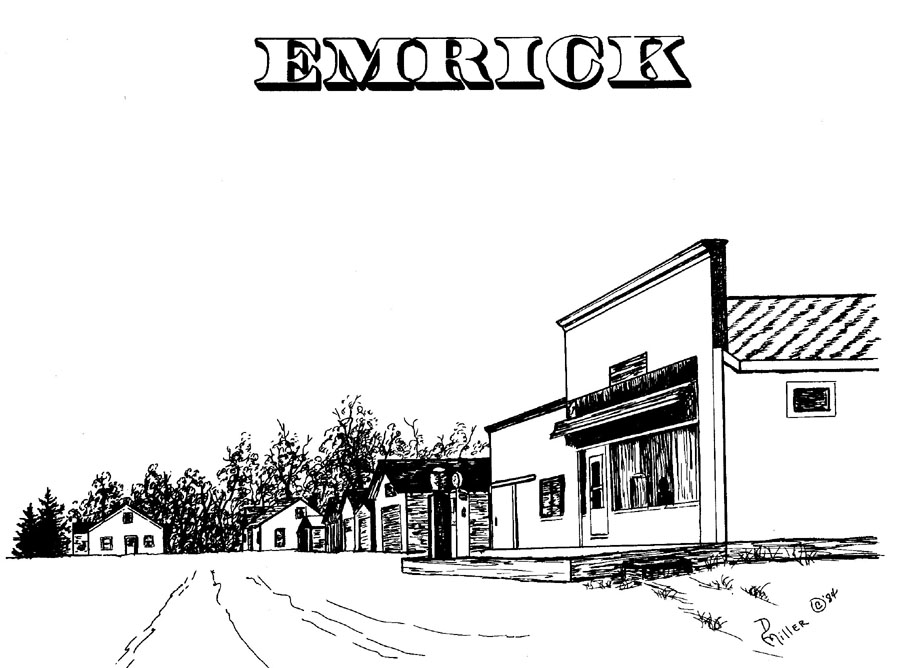 Originally called Doland, Emrick was re-named when early settlers found their mail had been misdirected to Doland, SouthDakota.

Emrick was platted on Northern Pacific indemnity land in 1893.  The following year, E.S. Delancy  became the first business man. He built a “flat house” in which he bought grain.

N. Kellner started a general store and Luther Wright set up a black-smithing in1895, the same year the post office was established in the general store with Ophelia Kellner as Postmaster.

The first permanent settlers were J.C. Wylder and D.T. Davis, both of whom came in 1883.  The Soo Line reached Cathay in December 1882.  The Lyness Brothers got the contract to haul supplies west from there as far as to Harvey.  The line was built through to Portal next year.

The original general store building was purchased by Gulden Bros. & Clough in 1906. They also bought grain on track until they built their own elevator in 1908.  The store building and the grain elevator burned in 1930. Both were replaced.

Electricity came to Emrick in 1919 over a cooperative farmer-built line. (“Wells County 1884-1984 A Centennial Souvenir”)